Property Tycoon And Reality Star-turned-u.s. Presidential Candidate Donald Trump Has Taken Full Ownership Of His Miss Universe Organization After Settling A Dispute With Tv Network Bosses Over Controversial Comments He Made About Mexican Immigrants In America. 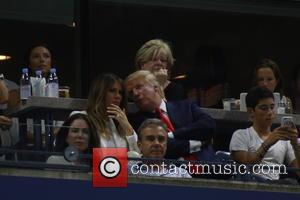 Executives at NBC, who owned half of the beauty pageant company, dropped plans to broadcast the Miss USA competition in July (15) amid the fall-out from condescending remarks the business mogul made just weeks earlier in June (15), when he launched his campaign for the White House and declared many Mexicans living in the U.S. are "rapists" and drug dealers who have only brought crime into the country.

Trump accused NBC chiefs of breach of contract, and they entered into arbitration talks to discuss a settlement.

On Friday (11Sep15), the outspoken TV personality and new politician declared a deal had been reached.

Taking to Twitter.com, he wrote, "Just purchased NBC's half of The Miss Universe Organization and settled all lawsuits against them. Now own 100% - stay tuned!"

No further details about the agreement, including how much the billionaire paid, have been revealed.

Trump and his partners turned to little-known Reelz Channel to air the Miss USA pageant after the NBC snub. The show flopped in the TV ratings as it pulled in less than a million viewers.