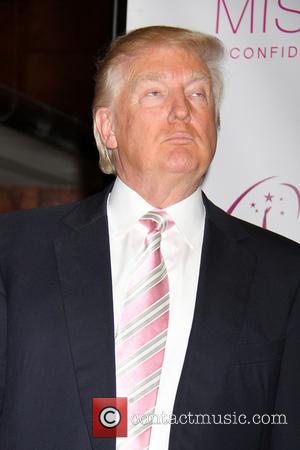 Donald Trump is suing political commentator and television host Bill Maher for remarks he made on The Tonight Show in January. Mr Maher appeared on Jay Leno's programme and announced he would donate $5 million to charity if Mr Trump provided evidence that he was "not the spawn of his mother having sex with orangutan."

Bizarrely, Trump provided his birth certificate to prove his parents were indeed human, though is now suing Mayer for the comments. "I don't know whether I will win or lose the Bill Maher lawsuit but had an obligation to sue for charity," Mr Trump said on Monday. "He promised me $5 million for charity if I provided certain information. Well, I provided the information. He didn't pay. So today I sue Bill Maher for $5 million for charity," he said, calling into Fox and Friends. Trump added that he didn't think Mayer was joking about his mother potentially having sex with orugantans, saying, "That was venom. That wasn't a joke. In fact, he was nervous when he said it; it was a pathetic delivery." Mayer's initial comments were used to mock Trump, who announced he would donate $5 million of his own money to charity if President Obama released his college records.