Donna Karan will release a memoir detailing her childhood years, the establishment of her brand and its sale to LVMH Moët Hennessy Louis Vuitton in 2001.

Donna Karan is releasing a memoir.

The 65-year-old fashion designer has teamed up with Ballantine Bantam Dell, an imprint of Random House publishers, to release the autobiographical account of her early childhood and career.

The work will begin with Donna's upbringing in Woodmere, New York, to the establishment of her first brand Seven Easy Pieces, her eponymous label DKNY, and its subsequent sale to LVMH Moët Hennessy Louis Vuitton.

She told WWD: ''As I look back and reflect on my journey, I see how one chapter led to another, how something ended and something else began.''

Donna admitted she was ''excited'' to share her life story, which also details her close relationships with her mentor, designer Anne Klein and the death of her second husband Stephan Weiss in 2001.

She explained: ''Our lives are guided by what happens to us, and we choose which roads to take. I was born into fashion. My father, a tailor, died, and that led me to Seventh Avenue. My mentor Anne Klein died, and I was named her successor -- and at the same time, I became a mother. Ten years later, when I left Anne Klein, my husband Stephan [Weiss] and I launched Donna Karan and DKNY. Later, Stephan's illness and death led me to create Urban Zen.''

Ballantine's editorial director of non-fiction, Jennifer Tung, will oversee and edit the project which is set to be released next year.

The company's executive vice president and publisher Libby McGuire said: ''Donna Karan has had a singular influence on women and their evolving place in the world.

''The story of her fashion career, interwoven with her emotional and inner journeys as a young woman, wife, mother, grandmother, spiritual seeker and now philanthropist, embodies the essence of creativity, authenticity and purpose.'' 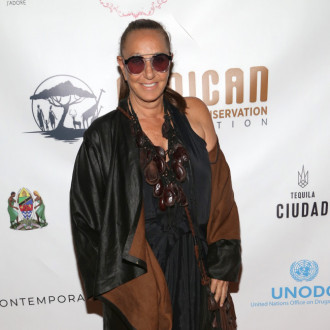 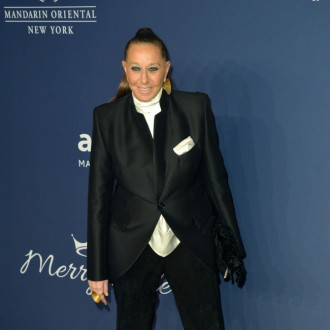