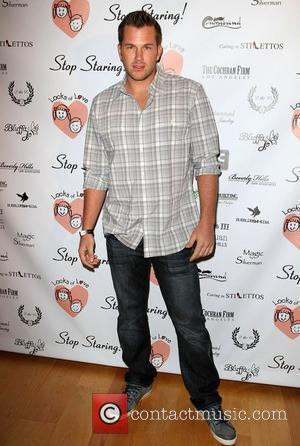 Doug Reinhardt, the star of US reality show The Hills, could be dating JASMINE WALTZ after the pair were spotted together at his Hollywood home, reports CBS News. The couple have been romantically linked in the past, but Waltz was recently revealed as the woman that David Arquette had slept with, prior to his separation from Courteney Cox.
24-year-old Reinhardt is the ex-boyfriend of socialite Paris Hilton, and Waltz has previously been linked to Ryan Seacrest and Jesse Mccartney. However, the pair were snapped by paparazzi leaving the baseball player's home this week, fuelling speculation that they are together. Arquette rang Howard Stern'S radio show on Tuesday 12th October to explain why he had split from Friends star Cox. During the conversation, the actor talked of his relationship with Waltz, saying, "I did have sex with her one time, maybe twice", but he rejected speculation that the pair were living together.
However, on Wednesday 13th October, Arquette said on his Twitter page that he had revealed too much during the radio interview, saying, "I went on Howard Stern yesterday to provide clarity and honesty about what I'm experiencing, but while doing that I shared too much. It's all right for me to be honest about my own feelings, but in retrospect some of the information I provided involved others and for that I am sorry and humbled".