The 'Noah' star set tongues wagging after being seen partying at Glastonbury festival this weekend with the TV presenter, dancing the night away in the hospitality area.

A source claimed the pair only had eyes for each other and Laura kept dragging him up to the dance floor to show off her sexy moves.

However, Douglas told BANG Showbiz: ''She's a great dancer and a really nice girl. We had a great night but we are just good friends.''

The pair, who first got to know each other at a BAFTA after party, were dancing while Laura's rumoured ex-boyfriend Paolo Nutini played on The Other Stage.

Douglas said he'd had a memorable time at the festival at Worthy Farm in Somerset but he seemed a little disappointed his friend Miley Cyrus hadn't performed her rumoured duet with godmother Dolly Parton on the Pyramid Stage.

He added: ''I didn't think she'd be in the country but it would have been great if she'd been here. I'd have been annoyed if she hadn't have texted me.'' 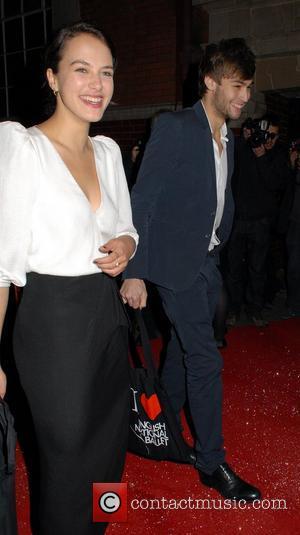