Posted in Press Releases on 05 November 2013 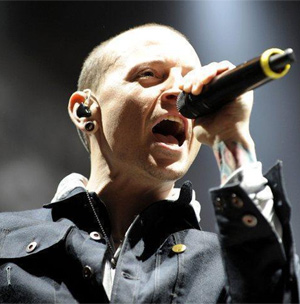 Download Festival are thrilled to announce that Saturday night at this year's festival will be headlined by the Grammy Award winning Linkin Park, who will be playing their multi-platinum debut album 'HYBRID THEORY' in its entirety as part of their set.

Released in 2000, Linkin Park's debut album 'Hybrid Theory' truly changed the landscape of rock music. 'Hybrid Theory' is one of the highest selling albums of the 2000-2010 decade, selling 27 million copies worldwide. It spawned some the biggest anthems of the 21st century including 'One Step Closer', 'Crawling', 'Papercut' and 'In the End'. Combine these with the plethora of mammoth hits that have followed Linkin Park throughout their career such as 'Somewhere I Belong', 'Numb', 'What I've Done' and more recently, the likes of 'The Catalyst' and 'Waiting For The End' and you've got the makings of Download legend. Speaking on their performance, Chester Bennington said

"We have been kicking around the idea of playing HYBRID THEORY for some time and the perfect opportunity is DOWNLOAD 2014. The legendary energy of the DOWNLOAD crowd is the apex of the rock experience and we are very excited to share this special night with them."

Over their 17 year career, Linkin Park have sold 60 million albums, had numerous #1 singles, won 2 Grammys and were the first band to hit the 1 billion view mark on Youtube.

Hot on the heels of their stunning return from hiatus earlier this year, with their chart topping album 'Save Rock and Roll', Chicago's finest, Fall Out Boy will be bringing their exquisitely crafted, mega-singalong catalogue of hits to the main stage at Donington Park for the first time ever.  Speaking on the announcement, Pete Wentz said:

"So stoked we are playing download. It's a legendary one to us from watching old videos of our favourite bands playing it back in the day. Gonna be a blast, we can not wait."

Tickets are available now at an Earlybird rate of £10 off 2013 prices until 9am Friday 8th November 2013, they will then increase to 2013 prices for a limited amount of time  (all tickets subject to per-ticket charge plus order processing fee)