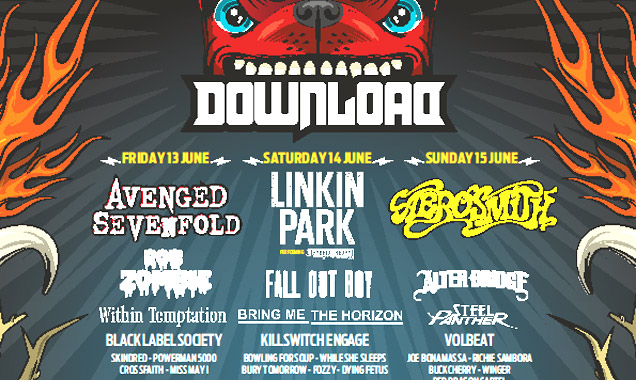 Celebrated rock icon Richie Sambora has been added to the line-up for Download Festival 2014. His performance will feature special guest, Australian singer-songwriter and guitar goddess Orianthi.

A modern rock guitar legend, Sambora has played to more than 34 million fans worldwide over the course of a career that now spans over four decades.

Sambora is one of the few hard rock musicians to truly transcend genres; his collaborators include Cher, LL Cool J and Eric Clapton, and his three solo albums bestride hard rock, blues and experimental rock with the most recent - 2012's Aftermath of the Lowdown - receiving critical acclaim.

This year will be Richie Sambora's first visit to Europe's biggest rock and metal festival, offering hard rock aficionados a rare opportunity to watch one of the icons of the genre in action.

Other outstanding acts joining the Download 2014 line-up today include psychedelic rockers Turbowolf, bringing their electrifying yet laid-back blend of punk, metal and funkadelica back to Download for the first time since 2012, and Birmingham post-hardcore mob Cytota.

They will be joined by a host of nascent alt-rock superstars made up of blues rockers The Temperance Movement, progressive metallers Nothing More, hardcore colts Dead City Streets and London art rockersGoldray.

Download Festival 2014 takes place from June 13-15 and will be headlined by Avenged Sevenfold, Linkin Park - in a rare performance of their legendary debut album Hybrid Theory - and Aerosmith.