Drake And Chris Brown Offered 1m Each To Fight

Drake and Chris Brown have been offered $1 million each to continue their feud in a boxing ring with another $1 million going to charity. 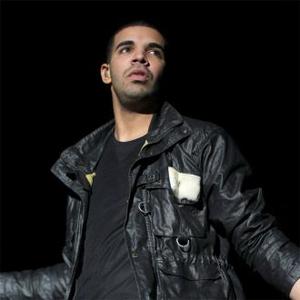 Drake and Chris Brown have been offered $1 million each to continue their feud in a boxing ring.

The pair and their entourages were involved in a fight at a New York club earlier this month in which several people were injured and Celebrity Boxing promoter Damon Feldman has revealed billionaire Alki David has offered to pay out the huge sums and give another $1 million to charity if they take part in a public fight.

He told the New York Daily News newspaper: ''Obviously they have a grudge. It's just three one-minute rounds. No one will get seriously hurt.''

The singers have been at war over Rihanna, who had a fling with Drake after splitting up with Chris when he assaulted her three years ago.

Unconfirmed reports revealed Chris sent a bottle of champagne to Drake's table as a peace offering but it was returned with a note reading, ''I'm f***ing the love of your life, deal with it.''

The gesture is then thought to have angered Chris and resulted in him confronting Drake, who allegedly threw a punch at his rival, leading to a brawl breaking out.

Meanwhile, Eva Longoria's former husband Tony Parker is recovering in Paris after having eye surgery to repair the corneal laceration he suffered during the bar brawl.

The basketball player's hope of representing France in the London 2012 Olympics is now in doubt and he suing the nightclub for $20 million, claiming it should never have let Rihanna's exes in at the same time.

The San Antonio Spurs star filed the lawsuit against W.i.P. Nightclub on Thursday (22.06.12) in New York State Supreme Court and in the paperwork he alleges that the club's security was negligent for allowing the fight to ever happen.