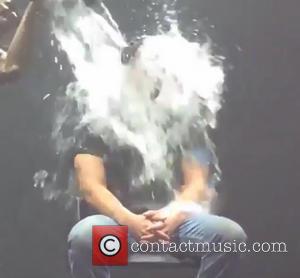 Drake scrapped plans to release a remix of his Wu-Tang Clan tribute track with the legendary rappers themselves because the verse band leader RZA created was too "hard".

The Started From the Bottom hitmaker unveiled Wu-Tang Forever as part of his Nothing Was the Same album last year (13), and he reached out to the hip-hop icons in the hopes of getting them to revamp the tune.

However, producer/rapper Rza reveals the tone of his guest verse didn't suit the song and it was subsequently axed.

He tells MTV.com, "(Drake) wanted us to talk about broads (women). At the time, I wasn't feeling woman-y - I was feeling hard as nails. So, I wrote him a hard-as-nail rhyme, and he was talking about something totally different, so the subject matter didn't really mesh."

However, fellow Wu-Tang bandmember Ghostface Killah insists they are still big fans of the 27 year old.

He adds, "I like Drake, though. I like him because he pays homage. But at the end of the day, he knows how to rhyme. He's not weak."