Drake's Super Bowl Party Gets Shut Down By Cops 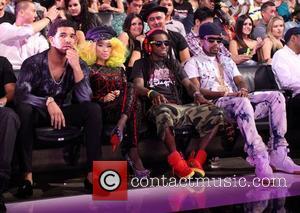 It would appear as though Drake takes the Super Bowl seriously. The rapper let the NFL finale celebrations go a bit too far, having a party that reportedly STARTED at 5.15am and had to be shut down by the cops... twice.

Luckily for Drake, though, the officers didn't take a report, a citation wasn't issued and he was let off with a caution. According to E!, neighbours weren't delighted with the noise coming from the rapper's place in the wee hours of Monday morning, and phoned the police, who had to turn up twice to get it closed down so everybody could get some sleep. Drake's been pretty stressed lately; he's been trying to get Macy's and Walgreens to pay him royalties for selling a t-shirt with the slogan, YOLO on it - the acronym for you only live once made famous by the Canadian. "Walgreens...you gotta either chill or cut the cheque," he tweeted, before posting an Instagram shot of the shirt in question, which stated, "Macy's...same goes for you."

The cops probably had a busy night on Super Bowl Sunday, as Beyonce's reunification with the girls from Destiny's Child and their emphatic performance got a lot of people excited, and probably drunk. Oh and there was a football game too; Baltimore Ravens beat the San Fransisco 69ers 34 to 31.