Drake Says Aaliyah Album Will Be Ready Before The Year's Out 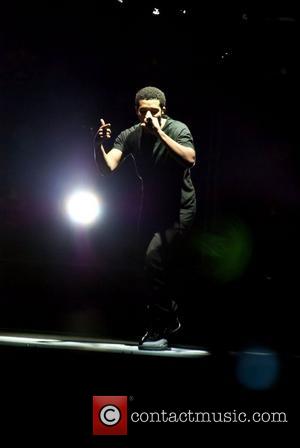 Despite reservations from some corners of the hip-hop community, Drake has promised that there will be a new album of material from Aaliyah before the year is out. There has been a great deal of speculation over whether or not Aaliyah's posthumous album will ever see the light of day and interest in the project piqued last weekend, with the release of Aaliyah's 'Enough Said,' which was a track released by Drake and featuring Aaliyah's vocals (or, as it was actually billed, Aaliyah featuring Drake).
There has been some confusion over whether or not Aaliyah's family have given their blessing for the late singer's work to be released. The artwork for 'Enough Said' does feature the logo of Blackground Records, though, which is run by her uncle, MTV reports, which would suggest that they gave Drake the go-ahead for that track and he seems to have placed himself in the driver's seat for any future Aaliyah album. Talking backstage at Ovo Fest, Drake said "To get 13, 14 new Aaliyah songs, everybody should be excited. It's not about me. It's about her and her fans and us just getting the opportunity to give you something that we feel is great."
There is still no official word from Aaliyah's family but Drake certainly seems confident that there will be some new material ready soon. There are few disgruntled voices of concern out there though, from people who reckon that long-time friends and collaborators of Aaliyah's, Missy Elliott and Timbaland should be involved in the project, ether alongside Drake or instead of him.