Drew Barry doesn't care about having 'a hot body'

Drew Barrymore claims she doesn't really care about having ''a hot body'' even though she thinks she looks ''a little worse in a bathing suit'' since becoming a mother. 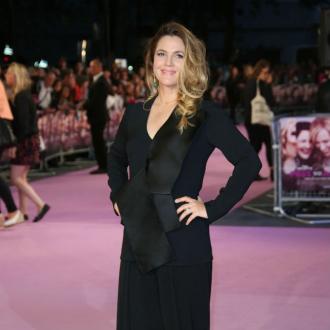 Drew Barrymore claims she doesn't really care about having ''a hot body.''

The 40-year-old actress, who has daughters Olive, three, and Frankie, 18 months, with husband Will Kopelman, thinks she looks ''a little worse in a bathing suit'' since becoming a mother, but says regaining her pre-pregnancy body isn't a priority.

The 'Miss You Already' star said: ''Having a hot body is just not my thing. I care a little, I don't care a lot.

While Drew ''tried to go gluten-free'' to lose weight, dieting makes her ''unhappy.''

She told PEOPLE magazine: ''It just isn't at the forefront of my mind. I took my pants off last night and looked at the back of my legs and was like, 'Oh **k, seriously? This is ... God!' ''

The 'Blended' actress still enjoys kickboxing, yoga or using an elliptical a few times a week, as she thinks it's good for her mind, and credits art consultant Will for helping her to embrace her new shape.

She said: ''[He] is the most complimentary person ever. I think that's really important for women to have someone who really makes you feel good about yourself because that would be a giant disadvantage to your process of making babies or just being a woman in general to have someone make you feel like you had to be a certain way to turn them on or to be beautiful in their eyes. Be it complimentary or uncomplimentary, it really swings the pendulum vastly in each direction.''

Drew Barrymore doesn't want kids to act before their teens

Drew Barrymore 'works her butt off' in training

Drew Barrymore surprised by how well her children are 'handling' quarantine

Drew Barrymore Has No Regrets About Flashing David Letterman