Actress Drew Barrymore Is Grateful For Her Experience With Postpartum Depression Because It Has Taught Her To Live In The Present. 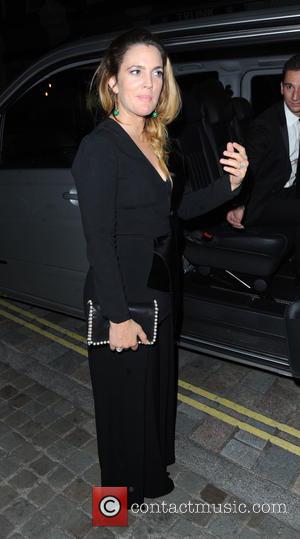 The Charlie's Angels star gave birth to her second daughter, Frankie, in 2014 and was surprised when she began to feel depressed following the birth because she had such a pleasant postpartum experience with her first child, Olive.

While the experience was short-lived, it taught her to prioritise and not worry about things that are out of her control.

"I didn't have postpartum the first time so I didn't understand it because I was like, 'I feel great'," she tells People magazine. "The second time, I was like, 'Oh, whoa, I see what people talk about now. I understand'. It's a different type of overwhelming with the second.

"I really got under the cloud. I just got right on the idea of, 'Where do I need to be the most?' Fifty-fifty would be ideal but life doesn't work like that. Life is messy. It was just really challenging and I felt overwhelmed. I made a lot of decisions and I definitely changed my work life to suit my parenthood."

"It's really important (to live in the moment)," she adds. "I was in the kids' class with Frankie and Olive this morning and I started fretting about some piece of work news that was just stressful. You know, in, like, the Broadway Babies class and it's the one-hit wonders day, and they're singing I don't even know what song, and we're all doing our lollipop drums and I just thought, 'Save it until after class'. One thing at a time."

Barrymore is not the only actress to be open about her experience with postpartum depression - Hayden Panettiere recently revealed she has been struggling with severe baby blues since becoming a first-time mum following the birth of her daughter Kaya in December (14), and earlier this month (Oct15) she checked herself into a treatment centre to seek professional help for her condition.