Drew Barrymore Reconciled With Her Estranged Father Before His Death In 2004, While She Found Herself Caring For Him In A Hospice. 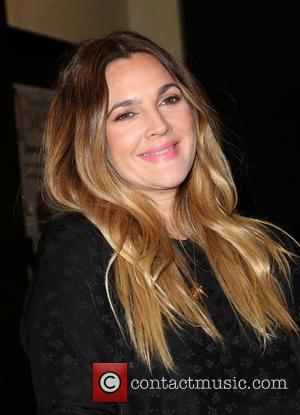 The actress was never really close to her "charismatic and odd" dad, John Drew Barrymore, and admits she realised her parents just weren't cut out to have kids as she emancipated herself from them in her teens.

But she appreciated the actor "from afar" and found herself back in his life in the years before he died.

"He got cancer, and I had a very rare turn of events where I got to take care of him for three years in a hospice," Drew tells U.S. chat show host Ellen Degeneres while promoting her new memoir Wildflower on Friday (06Nov15).

The actress also revealed her father's funeral was a very special affair for her and her siblings, John, Jessica and Blyth.

"We buried, well we put his ashes at Joshua Tree (in California)," she recalls. "He loved Joshua Tree and I had spent a lot of time with him there whenever I visited. If he had an address at all it was Joshua Tree.

"If you know Joshua Tree, there are no houses there. So we took his ashes there, and I went to this little motel."

It was there she had a strange final encounter with her dead dad, adding, "I was sleeping until... and I felt a thing and I sat up in my bed and the doorknob of my room opened and the door just opened. And I just sat up in bed and I was like, 'Dad?' It was a moment where you can have hope."

It took the actress another 10 years to reconcile with her mother Jaid, who she insists is a big fan of her book.

"She loves it," Drew continues. "I gave her a copy. We've talked about it very intimately."

"It was such an extraordinary year of my life, writing this book," she adds. "I came to terms with so many things. It's a love letter to my daughters, and writing as a mother now myself... I found humour in places I didn't have it before. I had a new perspective where it was different."