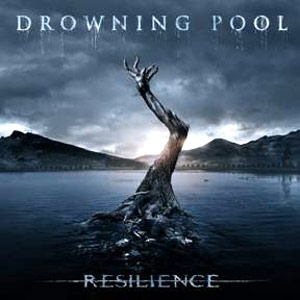 All-American and multi-platinum anthemic rockers Drowning Pool will be releasing RESILIENCE, their fifth studio album and third with Eleven Seven Music, on April 2, 2013. Their patent arena-ready, fist-pumping hard rock remains intact even as they welcome new singer Jasen Moreno into the fold. Make no mistake about it. This is Drowning Pool at their most focused, fiery, and fierce. The album's upcoming single "Saturday Night" is currently climbing the active rock radio chart  in the U.S and the band recently premiered an additional track, "One Finger and a Fist" on WWE's Slammy Awards with the official video coming February 12th. See below for a complete track listing for Resilience. The band will also be heading on tour with Fozzy in the UK in April. See below for tour dates.

Guitarist CJ Pierce says, "We cannot begin to tell you how excited we are to be heading out on the road again in support of our new CD Resilience, due out in April. We are equally as excited to be going out in the states with our fellow Texans, Flyleaf and over in Europe with our buddies, Fozzy. Come hang out and have a drink with us. Let's listen to some loud rock music. Look forward to seeing each and everyone of you at the show!"

Last year, it was announced that fellow Texan Jasen Moreno was selected as the band's new singer. Moreno joined Drowning Pool after the band decided to release their former lead singer. Moreno's range and talent also enabled the outfit to perform songs such as "Told You So" and "Follow" from 2001's Sinner, which haven't been performed live since the death of Williams. The band's fifth album and first with Moreno was produced by Kato Khandwala (Marilyn Manson, Breaking Benjamin, Red Jumpsuit Apparatus) at House of Loud Studios in New Jersey as well as John Feldmann (Papa Roach, Escape The Fate, The Used).

Drowning Pool turned the world into believers with their breakthrough single "Bodies" in 2001. Ten years, three singers and four albums later, they're giving fans a new reason to believe.  They continue to deliver on record, on stage, and beyond. They've toured Kuwait, Iraq, Korea, and Guantanamo Bay, performing for the soldiers. "Feel Like I Do," the lead single from their self-titled fourth studio release [Eleven Seven Music], became the band's biggest radio hit to date, reaching No. 2 at Active Rock Radio, and remaining in the Top 5 for 12-weeks.  With 2009's "37 Stitches" off of Full Circle reaching #4 at Active Rock and "Feel Like I Do," the band had 2 consecutive Top 5 Active Rock smashes and cemented their place as one of the top hard rock acts today. The band's sophomore album, Desensitized with second singer spawned a Top 10 hit with "Step Up." Recent successes have paved the way for unique opportunities such as presenting the Lane Evans Mental Health Care Reform to then-senator Barack Obama on Capitol Hill and partnering with organizations like The Wounded Warrior Project and the G.I. Film Festival.
Ultimately, this new album isn't a new beginning or an end. It's a continuation of the Drowning Pool legacy-and a fitting one at that. 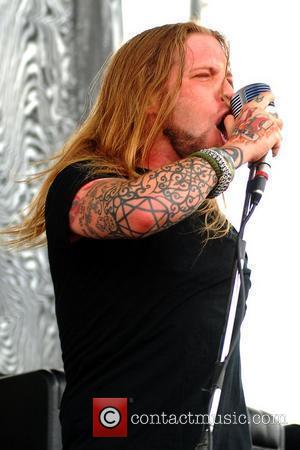 Drowning Pool 'Devastated' By Gunman's Use Of Song