An Irish Festival Set To Feature Performances By Duran Duran And Texas This Weekend (25-27jun15) Has Been Cancelled Due To "Unforeseen Difficulties". 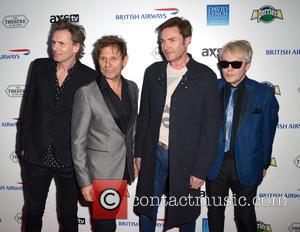 The Killarney Festival of Music & Food at Killarney Racecourse was set to feature more than 70 acts.

A spokeswoman for the event says, "We are devastated. We did everything in our power to make it happen this weekend."

Promoters are hoping to persuade some of the booked acts to perform in an alternative indoor venue in Killarney, and are hoping to make an announcement "as soon as possible".

The festival was originally scheduled to take place at Killarney House Demesne, but poor ticket sales prompted organisers to downsize the event and relocate it to Killarney Racecourse earlier this week (beg22Jun15).