Duran Duran owe it to their fans to always play their biggest hits whenever they perform live. 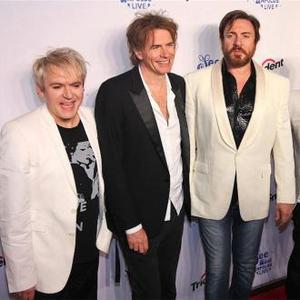 Duran Duran will always play their most classic tracks when they perform.

The 'Rio' hitmakers - Simon Le Bon, NICK RHODES, John Taylor and Roger Taylor - believe they owe it to fans to perform their biggest hits, rather than relying on new material.

Speaking to Johnny Vaughan live from Hyde Park at BT London Live on Absolute Radio, the group said: ''You're a fool if you think you can only play your new stuff, you've got to give them a healthy, healthy dose of the classics. Give them what they want.''

The pop group - who released their last album, 'All You Need Is Now', in 2010 - were one of the headline acts at Hyde Park on Friday (27.07.12) at a concert to coincide with the Opening Ceremony of the London 2012 Olympics, and the group say they are looking forward to seeing some of the sports.

Speaking about the women's gymnastics and beach volleyball, frontman Simon said: ''I think it is an amazing combination of elegance and strength, to be honest with you.''

They are also hoping to see Team GB medal hopeful Tom Daley in the diving competition, saying: ''Diving's very good, it's very watchable, isn't it. Have we got a hope with Tom Daley?''

Snow Patrol, Paolo Nutini and Stereophonics also played at BT London Live on Friday, while Will Young stood in for Sir Tom Jones - who had been taken ill - on Saturday (28.07.12).