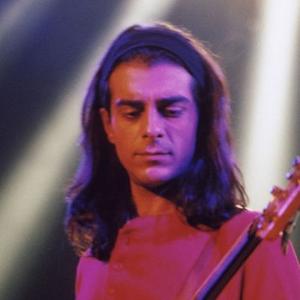 The Cypriot musician, who revealed in June last year that he had been diagnosed with advanced-stage cancer passed away at his home in London yesterday (04.01.11).

A statement on his website said: "It's with profound sadness that we have to inform you that Mick finally lost his battle with cancer and passed away peacefully at 4.30pm today, 4th January 2011 at home in Chelsea, London.

"He was surrounded by his family and friends and will be deeply missed by all."

Meanwhile, Duran Duran bassist John Taylor paid tribute to the musician - who had not disclosed the details of his condition - calling him "one of the great visual and sound stylists of the late 70s/early 80s".

Born Andonis Michaelides, Mick worked with influential people in the music industry during the 70s and 80s, including 'Cars' hitmaker Gary Numan, Kate Bush, and Bauhaus rocker Peter Murphy - but it was his stint as bassist in Japan from 1974 to 1982 that gained him the most recognition.

Mick played with Japan again in 1991 for a brief reunion, when the group performed under the name Rain Tree Crow.

He moved to London last year after living in Cyprus since 2004 with his wife and son.

Following his cancer diagnosis a campaign was launched on his website to help cover medical costs and offer financial support to his family.