Duran Duran founder, NICK RHODES, has "taken the plunge" by moving in with his Italian girlfriend Nefer Suvio; although he doesn't see them getting married any time soon. 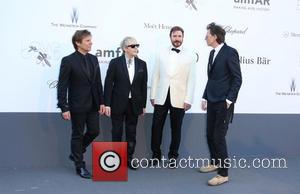 Despite this "plunge", Rhodes in not convinced that he will ever walk down the aisle with Suvio. This comes, in part, due to his early marriage to Julie Anne Friedman ending in the early 1990s with a bitter battle for custody over their daughter, Tatjana Lee Orchid. He confesses: "Whether I will ever get married again I don't know. We are happy as we are."