Duran Duran singer Simon Le Bon is now back ''right on top of his fitness'' and the group are getting their ''groove on'' after having had to cancel a number of performances earlier in the summer. 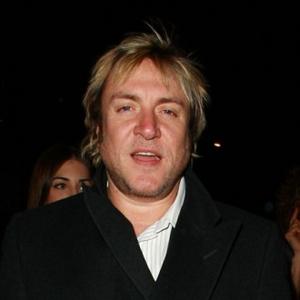 Duran Duran singer Simon Le Bon is now back "right on top of his fitness" after the band's cancelled performances.

The group had to pull out of a number of European dates this summer due to Simon damaging his voice, but he is now back to full health for the band's shows in the US.

Bass player John Taylor told Staugustine.com: "It's going! We had such a f***ed up summer and we're really just starting to get our groove on.

"Simon's just right on top of his fitness and it's really starting to gel. So it's exciting, you know? You live for it."

He explained: "Well, it was Nick's idea that it would be really great if we could just get some supermodels to play us. We connected with Jonas Akerlund who is famous for big, high concept music videos.

"He did Lady GaGa's 'Telephone' video with Beyonce - I think that's perhaps his most famous piece. We connected with him and once he got on board, it became an extravaganza. I think it's going to be the most talked about video of the year when it drops in November."

Duran Duran's European tour has been rescheduled for November and December.