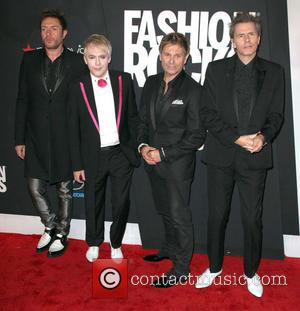 The band has signed a new deal with Warner Bros. and their first album with the label - the group's 14th - will be a star-studded affair.

The follow-up to 2010's All You Need Is Now will also feature contributions from producer/hitmaker Mark Ronson and Mr. Hudson.

Meanwhile, Lindsay Lohan, who posted a photo of herself with the 1980s group in the recording studio last year (14), will reportedly feature on a track with her sister Ali.

Insiders suggest the actress recorded a spoken word segment for one of the new album's tracks.