Dustin Hoffman is said to be in good health following his surgery. 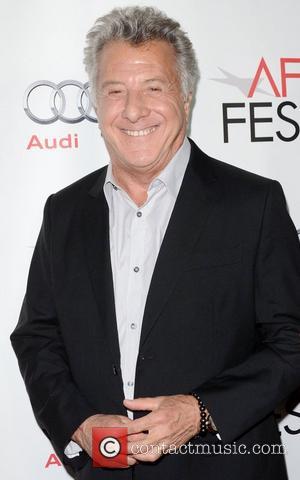 Oscar-winning actor Dustin Hoffman, one of the true giants of the Hollywood game, has been successfully treated for throat cancer and is "feeling great," his spokeswoman confirmed to People magazine.

Publicist Jodi Gottlieb said the Kramer vs Kramer actor had been "surgically cured" after his cancer was detected at an early stage. No further details were provided though Hoffman is thought to be recovering well and is in "good health."

The two-time Oscar winner and director , 75, will undergo doctor-recommended preventative treatments to minimize the chance of a recurrence of cancer in the years ahead.

Hoffman had spent much of last year promoting his movie Quartet - a directorial debut. Starring Tom Courtenay, Maggie Smith and Billy Connelly, the film was set in a home for retired musicians. It garnered hugely positive reviews,

"Hoffman directs with elegance, allowing the denizens to be dignified, as well as adorable. We get a strong sense of each major character"  said the Washington Post.

Hoffman's next movie, a return to acting, will be Jon Favreau's Chef, while filming is scheduled to begin on an adaptation of Roald Dahl's Esio Trot with Judi Dench. He is also set to star in the feature film, Boys Choir, set to begin production later this year or early 2014.

The 75-year-old first drew critical praise for the play Eh? though broke through as Benjamin Braddock in The Graduate. Since then, he's starred in Midnight Cowboy, Papillon, Straw Dogs, All The President's Men, Rain Man, Tootsie, Hook and Wag the Dog.