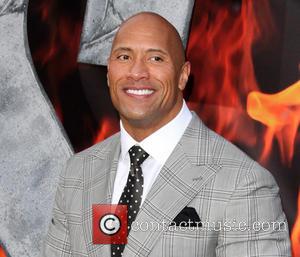 The World Wrestling Entertainment (WWE) icon, nicknamed The American Dream, died aged 69, but details surrounding the tragedy have not yet been revealed.

Former wrestler Johnson took to Instagram.com to honour his late friend and former wrestling opponent, sharing a photo of them sparring in the ring.

He added the caption, "I first met Dusty Rhodes at 5yrs old when me and my family were spending time with him and his family on their ranch. This man would become not only a great inspiration and mentor to me, but more importantly inspire and entertain wrestling fans around the world by becoming one of the greatest of all time.

"Dusty's epically entertaining 'Bionic elbow' was my inspiration to create The most electrifying move in sports entertainment - The People's Elbow. This Heavyweight World Champion personified the blue collar fighting spirit and his influence on the wrestling business is invaluable.

"I'll be forever grateful for the tremendous influence he's had on me and my career in our beloved squared circle. Miss and love you Dusty. RIP brother."

Hogan also posted on Twitter.com, "Still in a fog, life is short be kind and positive to everyone, no time for hating only foregiveness and love, RIP Dusty Rhoades (sic), thank you. HH"

Rhodes, born Virgil Runnels, Jr., made his debut in the ring in the late 1960s, and became known for wearing polka dot tights in the ring. He was inducted into the WWE Hall of Fame in 2007, and is survived by his four children, including sons Dustin 'Goldust' Runnels and Cody 'Stardust' Runnels, who followed their dad into wrestling.