Former Guns N' Roses guitarist Slash has ruled out the band's classic line up performing at their induction to The Rock 'n' Roll Hall of Fame next month. 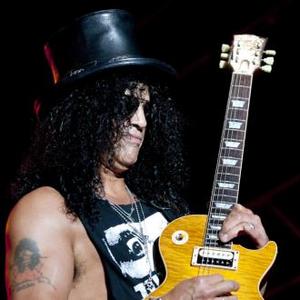 Guns N' Roses will not perform at their induction to The Rock 'n' Roll Hall of Fame next month.

There has been much speculation guitarist Slash and singer Axl Rose would end their feud - which has lasted more than 15 years - to reunite the classic line up of the band and play at the event, but the axeman has ruled this out.

However, he did concede it was ''an honour,'' to be invited to the event in Cleveland, Ohio, although he isn't happy with the dress code, adding: ''It's a formal, I hate formals.''

While they will not perform, the line up of the group who recorded their biggest selling album, 'Appetite For Destruction' - Axl, Slash, guitarist Izzy Stradlin, bassist Duff Mckagan and drummer STEVEN ADLER - are all expected to attend the ceremony, though Slash has only spoken to Duff and Steven.

He said: ''I could be positive Steven will be there. Steven wouldn't miss it.

''I'll be there and whoever else is going to be there - I'm pretty sure Duff will be there - we'll just sort of take it as it comes.''

While Slash is set to release his second solo album, 'Apocalyptic Love', in May, Axl continues with Guns N' Roses, but is the only original member. The band have just announced today (22.03.12) they will play a second date at London's O2 Arena on June 1, after their initial show the previous day sold out.

The Guns N' Roses will be inducted to the Rock 'n' Roll Hall of Fame alongside Red Hot Chili Peppers, Donovan, Laura Nyro, the Small Faces/Faces and Beastie Boys.