Queen are looking for a new place to perform in the UK after rock festival Sonisphere - where they were to make their only UK performance - was cancelled. 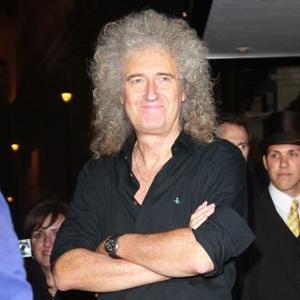 Queen are looking for a new place to perform in the UK after Sonisphere was cancelled.

Organisers confirmed this morning the UK leg of The Rock festival - which had been due to take place between 6-8 July at Knebworth Park in Stevenage, England, headlined by Queen with Adam Lambert, KISS and Faith No More - has been cancelled this morning (29.03.12).

Queen issued a statement, expressing their regret that they could not perform at the same venue as their last show with former singer Freddie Mercury in 1986, but adding they are still hoping to play this summer.

The message read: ''We are disappointed to hear of the cancellation of the Sonisphere festival, particularly as the venue was Knebworth, our last stand with Freddie.

''We apologise for the disappointment to all those who were looking forward to seeing us. We are working to see if we can redress the situation at some other venue.''

Organisers of Sonisphere have promised all fans who bought tickets a refund, and said it is with a ''heavy heart'' they had to cancel the show.

A statement on their official website read: ''Putting the festival together in what is proving to be a very challenging year was more difficult than we anticipated and we have spent the last few months fighting hard to keep Sonisphere in the calendar. Unfortunately circumstances have dictated that we would be unable to run the festival to a standard that both the artists and that Sonisphere's audience would rightly expect.''