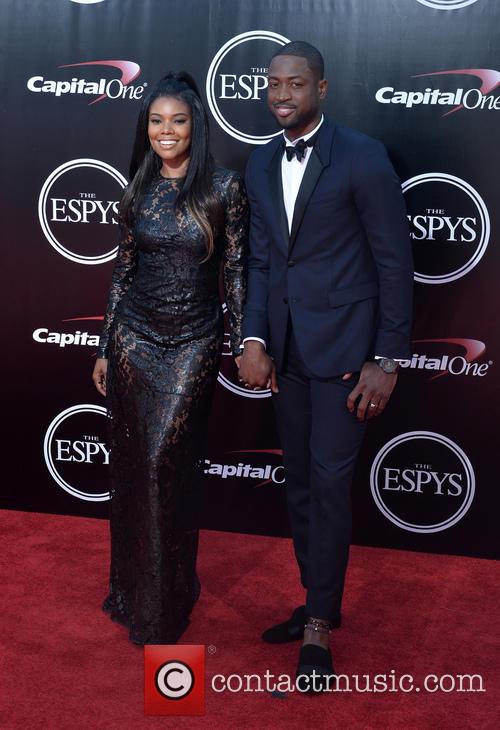 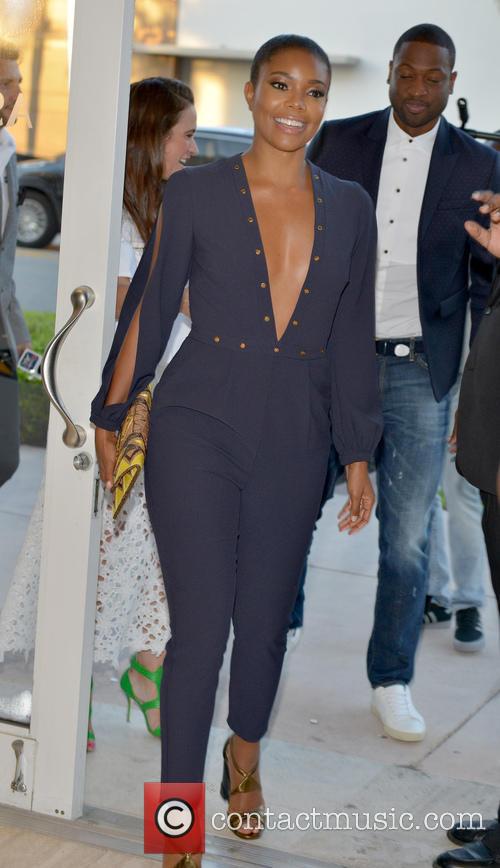 Bring On The Union Puns: Gabrielle Union Ties The Knot With Dwayne Wade

By Victoria Pavlova in Lifestyle / Showbiz on 31 August 2014

We nominate these two for most beautiful celeb newlyweds.

Congrats to Gabrielle Union and Dwayne Wade, who just tied the knot on Saturday, August 30. The couple kept the celebrity habit of marrying in castles – fitting for modern day aristocracy, really – and had their big (well, not that big) do at Chateau Artisan in Miami. Beautiful couple award? We think so.

The intimate gathering was attended by a small group of close friends and family, including John Legend, who performed at the wedding reception. This is a second marriage for both 41-year-old Union and 32-year-old Wade, who plays for Miami Heat. His proposal back in December was a rather endearing moment, aided by his two children from a previous marriage, sons Zaire and Zion, and his nephew, Dahveon, whom he's raising.

By Hannah Woodhead in Lifestyle / Showbiz on 31 August 2014

Gabrielle Union and Dwyane Wade have married in Miami.

Congratulations are in order for another celebrity couple! Actress Gabrielle Union and her basketball-playing beau Dwyane Wade have married in Miami. The happy couple pictured in July 2013

The couple got engaged in December 2013, but began dating in 2009. Their relationship has been rocky at times, with the couple splitting temporarily in early 2013 due to Union's desire to focus on her career, and during time apart, Wade fathered a child with Aja Metoyer, but it looks like they're both back to being loved up!

On Monday, 30 December, Wade publicly acknowledged that he had fathered a child whilst on a break with fiancé Union

Dwyane Wade and Gabrielle Union may have gotten engaged just before Christmas this year, but despite whatever positivity this eventual union may convey, under the surface not everything is as rosy for the pair as it seems. The pair have been dating on and off since 2007 and during one of their off periods earlier this year, Wade hooked up with an unknown woman, with their night of passion resulting in a child for the Miami Heat guard.

There had been rumours and reports floating around for some time that implied Wade had fathered a child out of wedlock with a woman that was not Union and on Monday, 30 December, Wade finally addressed these rumours and confirmed them as true to ABC News prior to the Heat's game against the Denver Nuggets. Wade said that the child, a son, is about a month old, with his conception coming whilst he and Union were on a break from each other. Vowing to be as devoted to his new son as he is to his two other children, Zion and Zaire - both of whom are from his previous marriage to Siohvaughn Funches - the birth of his lovechild doesn't seem to have harmed his relationship with Union as much as it would be expected.

Dwyane Wade fathered a third child, while on a temporary break from Gabrielle Union, with an unknown woman, but the actress knew about this before accepting the basketball player's proposal.

NBA star Dwyane Wade may have just had the happiest Christmas ever as he recently proposed to his longtime girlfriend Gabrielle Union on December 21st and she said yes.

However, this nearly never happened due to the 31 year-old basketball player's reckless behaviour.

The Miami Heat guard has allegedly fathered a third child to an unknown women while on a temporary break from the Hollywood actress, Entertainment Tonight reports.

NBA champion Dwyane Wade shakes hands with his fans while he signs copies of his new autobiography 'A Father First: How My Life Became Bigger Than Basketball' at Books and Books at the Museum of Art in Fort Lauderdale, Florida. One of the fans is a young girl who puts a smile on Wade's face as he offers his hand for a high five.

In his new book, Wade discusses the rather heartbreaking custody battle he went through with his ex-wife Siohvaughn Funches over their two sons Zaire Blessing Dwyane, 10, and Zion Malachi Airamis, 5

Basketball player for the Miami Heat Dwyane Wade briefly chats to some young fans before taking off to attend to some other duties at a book signing at Books and Books in the Museum of Art at Fort Lauderdale, Florida in promotion of his new autobiography, 'A Father First: How My Life Became Bigger Than Basketball'.

The Chicago-born athlete recently described fatherhood as having 'no color, in a sense' in an interview with NBC 6 South Florida. 'I understand the importance of fatherhood in my life when I was growing up, and I understand the mentors that I had in my life that shaped me into the person that I am today', he explained while talking about the themes in his new book

Professional American basketball player Dwyane Wade is interviewed at a signing for his new book 'A Father First' at Books and Books in the Museum of Art at Fort Lauderdale in Florida. He explains that he wrote the book for people to 'take away from my failures and my successes' and hopes that it will give readers a different way of looking at things.

He is asked if he is a strict father and if his children are given chores. He replies that he thinks he is a 'cool dad' but his kids know 'that dad mean business when dad mean business' and he likes to teach them responsibility

Miami Heat player Dwyane Wade compares his upbringing to his children's in an interview at a book signing for his new autobiography 'A Father First' at Books and Books in Fort Lauderdale, Florida.

He is asked if he ever worries that his children may become spoilt from having a wealthy father given that his own childhood poverty made him the way he is now. He unambiguously admits that he does worry and struggles to work out where to draw the line between giving his children what they need and giving them what they want. 'I didn't have anything so I had to work very hard to get everything', he said and says he insists that his children do their chores and perform well at school

Basketball champion Dwyane Wade arrives at the Ed Sullivan Theater in New York City for his appearance on 'The Late Show With David Letterman'. He very briefly poses for pictures as he steps out of his car before entering the building.

The Miami Heat All-Star is currently recovering from arthroscopic surgery on his left knee but insisted on an ABC morning show that he was 'ahead of schedule' and would be at full-strength by the next season. He has also been promoting his new autobiography 'A Father First' in which he discusses the painful custody battle he went through with his ex-wife

Sometims the girl just doesn't get her dream guy, and for Leslie this has always been the case. A physiotherapist by trade, she's got to the point in her life where she's all but given up on finding true love. However, when she meets NBA All-Star Scott McKnight she can't believe how perfect he is, the only problem is Scott doesn't notice Leslie's attempts to woo him, instead he turns to her beautiful best friend Morgan to seek affection. Finally Leslie accepts that her best friend is going to get the guy and she'll let again be left alone. 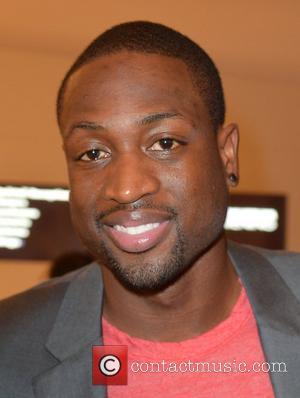