The Maze Runner Star Dylan O'Brien Has Upset Historians At The Diamond Tail Ranch In Albuquerque, New Mexico After Confessing He And His Co-stars Stole Native American Artefacts. 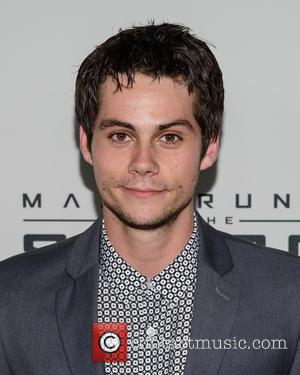 The young actor and his castmates filmed Maze Runner: The Scorch Trials on location in the city and he foolishly boasted about taking items home with him during a recent TV chat - even though he and his pals were told not to touch the stuff.

O'Brien said, "We filmed in New Mexico, in these mountains. It was this ancient Indian burial ground and it hadn't been used for filming before.

"They gave us this big speech when we got there to shoot and they said basically don't take anything and respect the grounds. They were very strict about littering and 'Don't take any artefacts...' and everyone just takes stuff (anyway).

"Within a week, five of our actors just, like, went down ill. Random stuff too: random appendectomy, random 103.5 (degree) fever, random broken ankle, it was crazy. I got sick, they had to send me home two nights in a row because I had a fever on the set."

Roch Hart, who manages Diamond Tail Ranch, tells TMZ.com, "If the artefacts are not returned, we will be contacting our attorney."

Hart says he contacted 20th Century Fox bosses to ask for assistance, and they offered to reach out to the cast and crew.