Dynamo appeared in London on Sunday 'levitating' next to a double decker bus in a stunt linked to his new deal with Pepsi MAX. 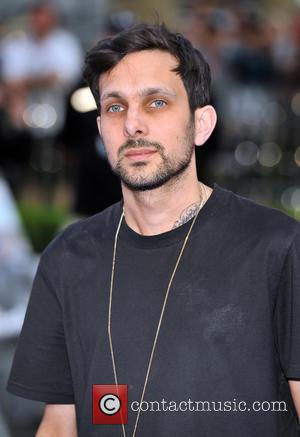 Dynamo caused widespread excitement in London on Sunday (23rd June 2013) as he travelled past Big Ben and the Houses of Parliament on a bus. Dynamo is not the sort of man to take public transport, at least not in the conventional way. The magician was seen 'levitating' next to the bus as it travelled along, holding on with one hand.

Whilst travelling next to the upper floor of the double decker bus Dynamo filmed the reaction of the public as did cameras on ground level. On the public's reaction, the magician said it was "incredible and it was great to see so many people taking in the excitement."

This is not the only time Dynamo has carried out huge stunts in the UK capital. His previous escapades have including walking on the Thames. The 'magician impossible' frequently tours the country bemusing audiences with illusions which include bending glass, exploding bottles and his own spin on traditional card tricks.

The stunt coincided with news of his signing a deal with Pepsi MAX and this illusion acted as a perfect publicity stunt. Video footage put together by Pepsi of Dynamo 'levitating' will be the focus of one of their adverts. Dynamo said of the deal that his "partnership with Pepsi MAX is all about living for now and nothing explains this better than by taking one of London's most iconic modes of transport and putting a different spin on the journey", as reported in the Sun. In becoming a spokesperson for Pepsi, Dynamo will join Beyonce and One Direction who have both appeared in advertisements for the soft drinks company. Beyonce, at the Costume Institute Gala, has also acted as a spokesperson for Pepsi. Dynamo Outed: Is This How He Pulls Off His Levitation Stunt?