Among the many festival appearances to look forward to this summer are Belgium's Rock Werchter; Open'er Festival in Poland; Exit Festival in Serbia; Riot Fest in Denver, Chicago and Toronto; and Aftershock in California. Plus, following the newly announced UK dates, they'll be touring Europe again hitting countries the likes of France, Germany and Switzerland.

More: Watch the video for EODM's single 'Wannabe in LA'

Perhaps best known for fronting the Grammy nominated rock band Queens of the Stone Age, Josh Homme formed Eagles Of Death Metal with Jesse Hughes in 1998. The band has since released three albums, the last of which was 'Heart On' which they released in 2008, reaching number three in the US Independent Albums chart.

Tickets for Eagles Of Death Metal latest set of dates go on sale from June 19th 2015.

Eagles Of Death Metal Join U2 On Stage During Paris Gig 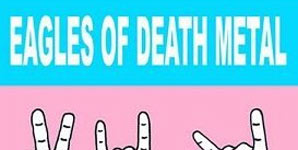 Eagles Of Death Metal - I Want You So Hard Video 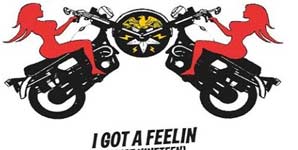 Eagles of Death Metal - I Got a Feeling (Just Nineteen) 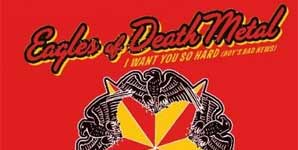 Eagles of Death Metal - I Want You So Hard