Veteran Actor Ed Asner Powered Through The Pain Of An Injured Leg On Saturday Night (11jul15) To Hit The Stage For Fans In Malibu, California. 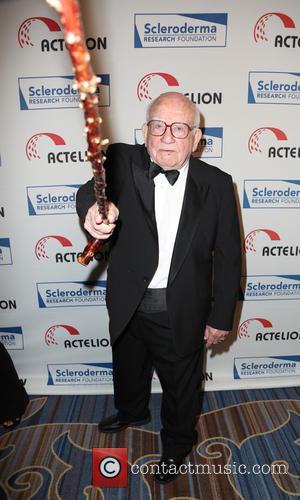 The 85-year-old Up star badly scratched his leg upon arrival at the Malibu Playhouse, where he was billed to perform his one-man show, and the gash was so deep he needed stitches.

Asner was taken to a local hospital but informed theatre bosses he would still appear, as scheduled - albeit a little late.

One audience member tells WENN, "Comedian Michael Schirtzer stepped in to warm up the audience and we got periodic reports on Ed Asner's progress until he finally arrived back at the theatre.

"Ed kept telling the people who took him to urgent care to reassure all at the theatre that he was still doing the show. He performed the show brilliantly even with a bandage on his leg."

Asner's spokesman Charles Sherman says, "Ed scratched his leg getting out of the car on Saturday and needed a few stitches. He is doing great and performed the show."