Known for his diverse musical delivery having employed various elements of R&B, hip hop, folk and even a little country throughout his debut album '+', Ed Sheeran makes a spectacular return with his rapidly selling second release 'X'. With his newest single 'Sing' hovering towards the top of the charts, it's obviously become a favourite - but is it still the Ed Sheeran we know and love? 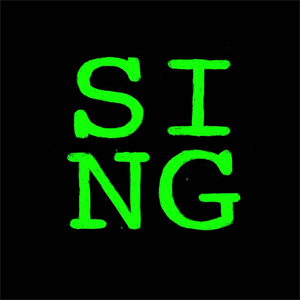 The key thing about 'Sing' is the huge Motown vibe. It isn't entirely unusual, but it's perhaps a little disappointing with it being such an overdone musical sound at the moment - and we've come to expect the unexpected with Ed Sheeran. A little research into the track production and you find out it's co-written by Pharrell Williams. Ahhh. Not so surprising then! It's got that unmistakable classic R&B sound that Pharrell has become a master at delivering, but it's just too refined to be enjoyed at the hands of one of Britain's best male vocalists of the decade.

Sheeran's at the top of his game vocal wise, but it seems he might've lost some of that raw British charm that was so obviously present on his last record. Lyrically, it's pretty shocking too; it's a far cry from the themes of romantic awkwardness, past pain and trying to 'make it' that were ever present in '+'. Plus, the subtle but frequent use of sharp outtakes of breath throughout the song (it's meant to be sexy, I know) starts to get irritating after a very short while.

Credit where credit is due, however, 'Sing' has one hell of a catchy chorus. 'I need you darling/ Come on set the tone/ If you feel you're falling/ Won't you let me know', Sheeran croons in a hair-raisingly impressive falsetto alongside an upbeat acoustic guitar rhythm. That's one good thing; we still have that guitar sound in the background and Sheeran is still incredible at making it sound completely unique on every track he does.

Also, things do pick up in the second verse; Sheeran's sing-song speedy rap style comes into full swing and it's nice to see him employing one of his most impressive vocal talents.

'Sing' is a really great pop song for many reasons: sexy lyrics, a classic vibe and an infectious feet-shuffling chorus. It's just that it teeters dangerously towards the over-manufactured, and has so much Pharrell all over it that it's surprising it's not 'featuring' him. If we see the same track diversity on 'X' that we saw on '+', we won't panic too much - Ed Sheeran is excellent at taking risks and that's what there definitely needs to be more of.