Ed Sheeran Is Well On His Way To Becoming The World's Number One Celebrity Wedding Singer After Performing At Pal Ronan Keating's Nuptials Earlier This Month (Aug15). 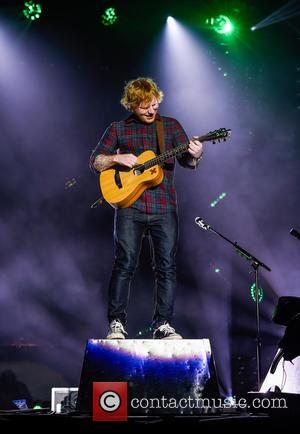 The Thinking Out Loud singer also appeared at a fan's wedding reception in Australia as part of a radio contest - and now he's in high demand.

Just a week after Demi Lovato told the BBC Sheeran is on her wish list of performers for her big day, the red-headed star's pal Courteney Cox has revealed she won't get married to rocker Johnny MCDaid if the Lego House singer can't be there.

She says, "I can't imagine him not playing something at the wedding."

And he has a special part to play in Cox and MCDaid's romance - Sheeran introduced the couple.