Ed Sheeran and James Blunt will cause a ''proper madness'' on tour together. 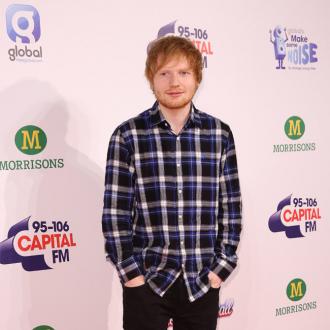 Ed Sheeran and James Blunt will cause a ''proper madness'' on tour.

The 25-year-old musician has made it known he has a great friendship with the 42-year-old singer and the pair are set to take to the road on the flame haired vocalist's highly anticipated tour, but it is believed the pair will cause chaos travelling together.

Speaking about the partnership to The Sun newspaper, a source said: ''Ed and James have a real laugh together, it'll be proper madness on tour. James has a good following in the US so he'll also play some gigs too, acting as a support for his mate. When you spend so much time on the road it's always handy to be in good company, and James certainly fits into that category.''

However, the 'Castle On The hill' hitmaker - who has recently returned from his one year hiatus - has yet to announce any details about any global gigs he has coming in the future, because he wants to slowly return to the music industry following his break by performing at ''smaller shows''.

He explained: ''This time, I didn't want to go straight into stadiums. I wanted to get the tour good first. We're doing smaller shows ... It's mad to say an arena is a small show cause it's not, but it was a conscious decision not to book a load of Wembleys this year.''