Ed Sheeran and Noel Gallagher end their war of words

Ed Sheeran has revealed he has no issues with Oasis rocker Noel Gallagher following recent criticism. 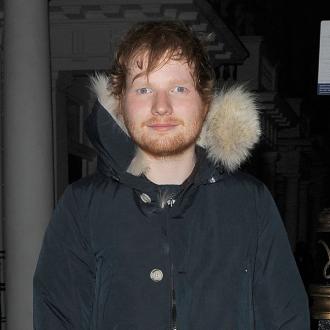 Ed Sheeran and Noel Gallagher have ended their feud.

The 47-year-old Oasis star recently said he ''can't live in a world where Ed Sheeran sells out Wembley stadium'', but Ed has revealed they've since spoken and there is no lingering animosity between the pair.

The 23-year-old singer shared: ''I read what he said, I texted him because I have his number and asked him if he'd like some tickets.

''He wrote back, 'You cheeky so and so. My daughter would love some.'''

Ed said Noel is simply an outspoken personality and he was just happy to have been mentioned by the rocker.

Ed reflected: ''He's always going to be the guy who's outspoken. I wasn't offended. I found it quite cool to be in his interview.''

The 'Thinking Out Loud' hitmaker, who's friends with the likes of Taylor Swift, also said he's able to stay grounded because of the healthy criticism he receives from the public.

He told BBC Radio 2: ''I get a lot of stick from press and people, but it's good to get stick. That's why Americans go off the rails. Ego wise you are risen and risen and risen. Your ego grows.''