Ed Sheeran claims Beyonce made him ''look better'' than he really is when they performed together at the Global Citizen Festival. 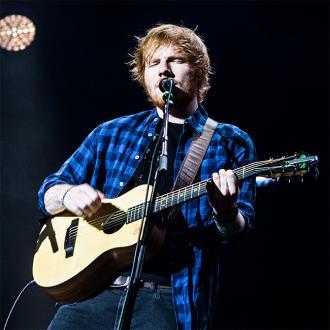 Ed Sheeran claims Beyoncé made him ''look better'' than he really is.

The 'Thinking Out Loud' hitmaker performed an acoustic version of 'Drunk In Love' with the 34-year-old singer at the Global Citizen Festival in New York's Central Park last weekend and was delighted to work with someone so ''talented''.

He said: ''She is a very talented performer and makes me look better than I am.''

Later this month, the 24-year-old singer will release 'Jumpers For Goalposts', a concert film shot when he performed at Wembley Stadium earlier this year but he joked the subject matter will actually be actually be X-rated.

Despite his global fame, the 'Photograph' hitmaker admits even his fans still get confused about his identity.

He said: ''I look on Instagram and I see so many girls posting shots in pubs with fat ginger dudes and are like, 'We met Ed today.' They genuinely believe it's me.''