Ed Sheeran has bought a house in London for £9 million after fighting off the likes of Kim Kardashian West and her husband Kanye West for the four-bedroom plush property. 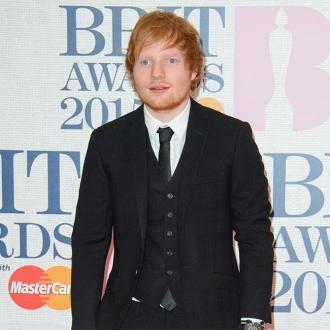 Ed Sheeran has bought a house in London for £9 million.

The 24-year-old singer - who has an estimated net worth of £35 million - is set to become neighbours with some of the capital's elite after he recently splashed out the seven-digit sum on a four-bedroom converted factory.

A source told The Sun newspaper: ''Ed had to pay big money for the house but it'll be worth it. He will be neighbours with some real high movers in business, sport and celebrity, which just shows how far he's come.''

The insider added: ''The house will be the ultimate party pad but also a place of work.''

The plush property, which was heavily sought after by the likes of Kim Kardashian West and Kanye West, is complete with a flash music studio and also boasts a large wine cellar capable of holding more than 1,000 booze bottles.

The fancy new home is very different from what the 'Thinking Out Loud' hitmaker has been used to in the past as he previously revealed he used sleep rough outside Buckingham Palace and kip on London Underground trains.

He said last year: ''There was an arch outside Buckingham Palace that has a heating duct and I spent a couple of nights there ... that's where I wrote the song 'Homeless' and the lines 'It's not a homeless night for me, I'm just home less than I'd like to be.'''

The flame-haired hunk landed himself into financial difficulty after he moved to London in 2007 to study at music school and could no longer cough up for the rent.