Ed Sheeran ''can't believe'' Beyonce agreed to collaborate with him on 'Perfect'. 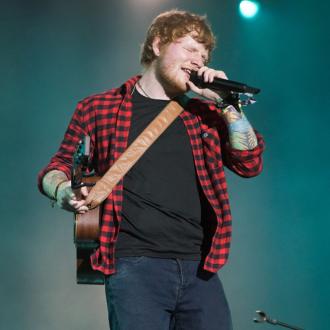 Ed Sheeran ''can't believe'' Beyonce collaborated with him on 'Perfect'.

The 26-year-old singer is so surprised the 'Single Ladies' hitmaker agreed to do a duet of his hit song.

He said: ''It's something I kinda did just to see whether she would say yes.I just wanted to see what would happen. I can't believe it, to be honest.''

And the 'Shape Of You' singer admits it was ''really weird'' just being with Beyonce and one other person in the recording studio.

He told News Corp Australia: ''It's a really weird thing, it was just me and her and an engineer, which was very cool. To be on-on-one with someone you respect that much and be able to craft the song the way you envision without input from anybody else ... that's rare. When there are two people coming together like that, everyone has an opinion, you know?''

It comes after Ed revealed he was thrilled to get the songstress on the track, which is originally off his hit album 'Divide', and enjoyed having her input on the backing track too.

He added: ''Obviously she had twins [in June], and we finished [the song] in September, so I've been holding onto it since then ... The original version of 'Perfect' was just an acoustic guitar and she rung me up and was like, 'I don't know how you feel about this but I've taken all the instruments off it and it's just gonna be acoustic guitar.'

''I was like, 'Ah that's great, because it used to be that!' Then when we got in together, it wasn't so much notes, it was very much like a back and forth thing, like, 'What'd you think of this?' Or 'What do you think of this?' and [we were] probably in the studio for four hours. She was just like, 'Right!' Went in, one take, came out, like, 'Yeah, that sounds alright!'