Ed Sheeran's debut album, '+' is ''pretty much a demo,'' but still reached the top five of the US album chart. 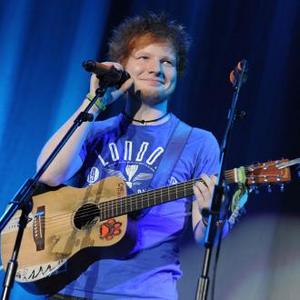 Ed Sheeran's debut album is ''pretty much a demo.''

'The A Team' singer - who performed at the closing ceremony of the Olympic games in London last night (12.08.12), singing Pink Floyd's 'Wish You Were Here' - is celebrating after his debut '+' made the top five of the US charts, and is excited it managed to become a hit despite being made on a low budget.

He said: ''It's awesome to be able to have an album that ended up in the top five and ended up being a minor hit so far. We're still working on it right now.

''The album is pretty much a demo album that was made for next to no budget and put together quite last minute.

''But I love it. At the time, it was the best piece of work I could put out. The singles that are coming off the album very much represent me as a musician and an artist.''

Ed is about to go back on tour, but looking forward to making a second record, which he promises will build on the foundations laid down on '+'.

He added to MTV news: ''I think I'm gonna keep building on what I've done. Don't fix it if it isn't broken. I loved the music that I tour and play and write. I think it would be foolish to create something that I wasn't totally happy with. So I'm going to keep doing what I'm doing and building on what I've built so far.''