Ed Sheeran once dedicated his hit 'The A Team', written about a crack-addicted prostitute, to British Prime Minister David Cameron at a house party. 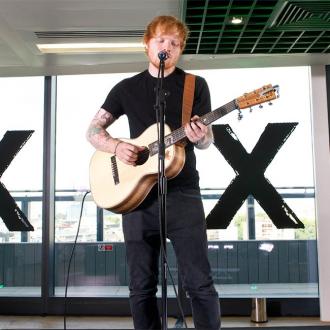 Ed Sheeran once dedicated a song about a crack-addicted prostitute to David Cameron at a house party.

The 23-year-old singer paid tribute to the British Prime Minister by performing his 2011 hit 'The A Team' - which was inspired by a drug addict after the star visited a homeless shelter - while playing a gig at a guy's home.

Speaking at an #AmazonFrontRow Q&A in central London yesterday (30.09.14), he said: ''I met David Cameron really randomly, and it wasn't in a meet and greet situation in 10 Downing Street.

''I was doing this gig at a guy's house and he turned up, fair play.

''But they stopped the gig and, in this very intimate environment, he was like, 'I'm so happy that you are here Ed, and obviously David Cameron is here, so would you like to dedicate something to him?'

''But all I had left to sing was 'The A Team' so I had to dedicate that to him. That was interesting.''

As well as rubbing shoulders with the politician, Ed is very good friends with singing sensation Taylor Swift and admitted he has attempted to set her up with some of his pals on many occasions.

Ed - who is good friends with Taylor's ex Harry Styles - added: ''I have tried to set Taylor up with a few of my friends. I have a lot of good looking friends.''