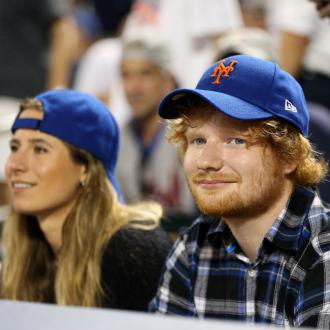 Ed Sheeran and his former school friend Cherry Seaborn enjoyed a date night at a baseball game on Wednesday (02.09.15).

The 'Photograph' hitmaker - who split from his previous girlfriend Athina Andrelos in February this year - was spotted sat alongside Cherry at Citi Field in New York City, where the New York Mets beat the Philadelphia Phillies.

The sight of Ed - who signed autographs for young fans - sat in a matching baseball cap beside his childhood friend has furthered speculation they are an item, having now been spotted together on two separate occasions in the space of a few days.

On Sunday (30.08.15), the duo were seen leaving a New York hotel together, while they have also been sending each other humorous messages over Twitter.

Speaking in 2013 about her decision to move to America, Cherry said: ''It has been incredible. It still feels surreal, the whole American college thing. I still have to pinch myself every time I go play.''