Ed Sheeran had ''so much fun'' collaborating with veteran musician Sir Elton John on a version of his track 'The A Team' at the Grammy Awards. 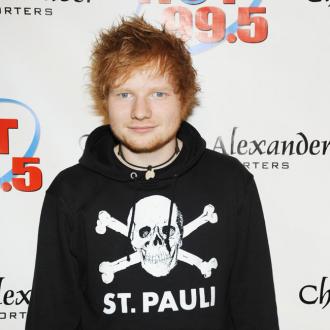 Ed Sheeran had ''so much fun'' collaborating with Sir Elton John at the Grammy Awards.

The singer-songwriter performed his hit 'The A Team' alongside the 'Rocket Man' star and even though he missed out on a gong for the track, had a great time appearing at the event.

He tweeted: ''Met some pretty cool people tonight, bit mad to be sat at the front!

''Had so much fun playing my song with Sir Elton too, will not forget that (sic)!''

'The A Team' was nominated in the Song of the Year category alongside 'Adorn' by Miguel, 'Call Me Maybe' by Carly Rae Jepsen and Kelly Clarkson's 'Stronger (What Doesn't Kill You)', but they were all beaten by fun.'s track 'We are Young', to claim the title.

After his performance, Ed was able to relax and enjoy the rest of the show from his front row seat, and was particularly impressed by Justin Timberlake, who made his full scale live return, performing his tracks 'Suit and Tie' and 'Pusher Love Girl'.