Ed Sheeran hired a pub in Glasgow for a celebratory bash after the MTV EMAs, but skipped the party after his phone died, meaning he was unable to get the details over to his friends. 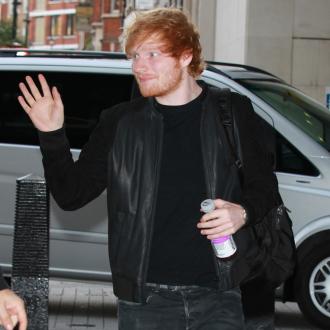 The 23-year-old singer snubbed the official after-party in favour of hosting his own bash, but didn't even turn up to that after his phone died, meaning he was unable to give the details to his friends.

Ed's friend, 'Let It Be' singer Labrinth, explained: ''I got a text from Ed telling me to come to his pub. When I asked him what pub he didn't reply.''

The 'Thinking Out Loud' crooner instead opted for some quiet drinks at the hotel bar, after he narrowly missed out on the award for Best Male at the ceremony with Justin Bieber walking away with the prize instead.

Nicki Minaj - who hosted and performed at the event, held at Glasgow's The SSE Hydro arena - also avoided the £100,000 party at nighttime hot-spot, The Arches.

A VIP area was sectioned off especially for the 'Anaconda' rapper, but the star decided to head to bed early after an exhausting day of rehearsals and presenting.

A source explained: ''Nicki's dancers were already at the party enjoying the free vodka. The staff cleared an area and laid out drinks for her and her entourage. But she failed to show up.''

With some of the biggest names in music at the 20th annual event, organisers were reportedly left disappointed when few of the other celebrities decided to attend the post-ceremony bash.

Speaking to The Sun newspaper, a source said: ''Apart from LMFAO's Red Foo, none of the big US stars such as Ariana Grande or Slash went along. All they got was Vicky Pattinson from 'Geordie Shore'.''