Ed Sheeran has threatened to ''leak'' his new album so fans can hear it as soon as possible. 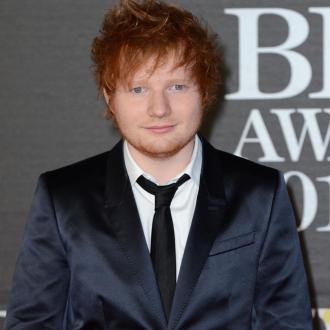 Ed Sheeran has threatened to leak his new album.

The 'A Team' hitmaker is hard at work on his second record and wants fans to hear it as soon as possible - even if that means illegally file sharing it, so fans could download it without paying.

Ed has been writing so much, he thinks he could fill two albums with his new songs after challenging himself to write to ''specific genres''.

He explained: ''I'm actually writing very specific songs to genres at the moment; I've got a whole album of one genre and enough to make another of another genre.

''I want to release all of it now, but obviously you have to stagger things a little bit. But it's been good; I've been writing more than I've ever written in my entire life. I've written a lot recently.''

And the British star joked his forthcoming album could turn out to be influenced by nu-metal band Limp Bizkit, fronted by Fred Durst.

He told MTV News: ''It's probably closer to a hip-hop record to be honest, at the moment, but who knows, it might turn into a rap-metal record.

''I'll buy a Yankees hat and turn it backwards. [Wear some] cut-off shorts ... and find loads of kids that just want to beat each other up and do a show. I'll become Ed Durst.''