Ed Sheeran impersonated Calvin Harris to get into party

Ed Sheeran admits he once pretended to be Calvin Harris in order to spend another year in Australia. 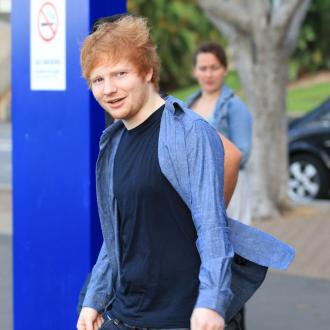 Ed Sheeran once impersonated Calvin Harris in order to sneak into a party at Madonna's house.

The 'Lego House' hitmaker pretended to be the Scottish DJ after Rita Ora, who is dating Calvin, convinced him to tag along to the Oscar awards after-party in her beau's place.

Speaking in the latest series of 'Nando's Grills', Ed told rapper JME: ''It was the Oscars after-party and I was with my cousin and Rita Ora and her sister and they were like, 'We're going to Madonna's party, do you want to come?' and I was like, 'Well we're not on the list', and Rita was like, 'Look, no one knows what Calvin Harris looks like over here [in America] so if you just say you're him, you'll be able to get in'.

''So we ended up going there and as we walked in, the first person we saw was Paul McCartney and me and my cousin were like, 'Yeah we're going to go up and say hi' and as we were talking, we get tapped on the shoulder and pushed out the way and then Prince walks in and just starts having a conversation. It was mental.''

Meanwhile, the 23-year-old singer is preparing to release his next album 'X' later this month and believes successful artists - like Adele and One Direction - have encouraged him to work hard and focus on his music.

He explained: ''I'm a very competitive person. When I see that someone else can't do it, it just makes me want to do it more.''