After seeing Brit band Rixton perform on his 'X Tour', Ed Sheeran said he needed to ''up his game''. 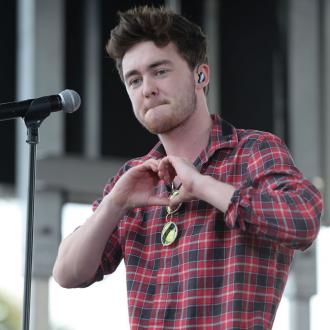 Ed Sheeran said he needs to ''up his game'' after watching his support band Rixton.

The 'Thinking Out Loud' hitmaker was so impressed with the British band's opener in Kansas City that he took them to the pub afterward to congratulate the group and confess that he was inspired by their stage antics to improve his ownact.

Rixton front man Jake Roche, 22, told BANG Showbiz: ''He was watching us perform from the side and was said he was really impressed.

''Afterward we all went to the pub and he said that he usually never gets nervous about performing on stage, you know. But after watching us he thinks he might have to up his game a bit.''

The 'Me and My Broken Heart' singer - who is known for his dance moves and posing for fan pictures while singing - was stunned when the flame-haired singer got in touch directly with the band to support him in the US.

He recalled: ''Usually when you do these things it has to go through both of your managers ... but Ed literally just sent me a text out of the blue and said 'What are you doing on these dates?' And I replied saying we are recording in the studio, then he asked me if we would want to go out there and support him on tour in America. We were like 'yeah of course' and it was just incredible you know?

''Going on that tour was amazing for us because we want to play to an older crowd and Ed Sheeran is great because he has worked so hard to build it up.''

He went on: ''Longevity is a good word for it, that's what we want, you know that fan base that grows with us, we don't want to always be a teen band and we want to be playing for years to come.''