It was a night filled with big name duets at the annual Global Citizen Fest.

Ed Sheeran must have felt like he was dreaming on Saturday night, when he got to join Beyonce onstage at the 2015 Global Citizen Festival for a duet of her hit song ‘Drunk in Love’. Sheeran frequently covers the track but this was the first time he had performed his stripped down acoustic version with Queen Bey herself. 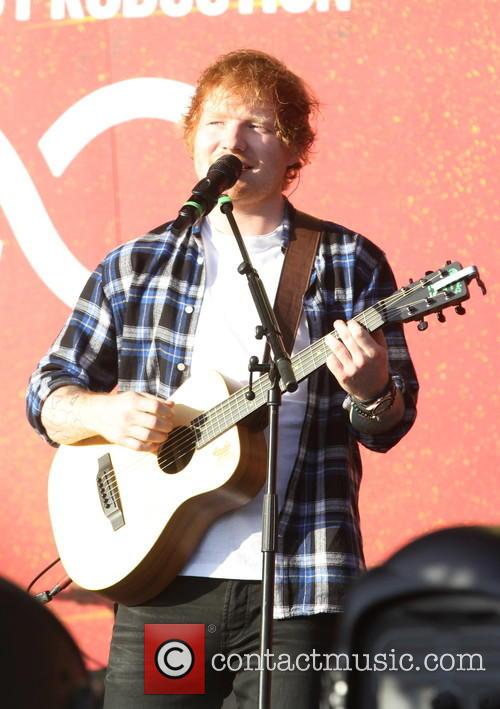 Beyonce brought out Sheeran mid-way through her set which had already included Destiny’s Child classics and a remix of ‘Crazy in Love’. But the New York crowd went wild for the Sheeran duet, which was a highlight of the already star studded festival.

More: Ed Sheeran Says He Was Only "Joking" About THAT Lion Tattoo

Earlier in the night Sheeran had been joined by Chris Martin for a rendition of ‘Thinking Out Loud’, with the Coldplay frontman taking on piano duties. Martin himself had been joined by Ariana Grande during Coldplay’s set (which kicked off the festivities) for a cover of her song ‘Just A Little Bit Of Your Heart’.

Beyonce also took to the stage again as the night drew to a close, joining headliners Pearl Jam for a cover of Bob Marley's ‘Redemption Song’. "Not every day you get to sing with a queen," frontman Eddie Vedder told the crowd as he welcomed Bey back to the stage.

Held every year in New York, the Global Citizen Festival is part of the UN backed Global Poverty Project, a campaign which works to eradicate extreme poverty by 2030. Alongside music stars the event also included appearances from Michelle Obama and Leonardo Dicaprio.

Speaking about the Global Citizen campaign DiCaprio told the crowd, “The cause of our environment and the fight for the world’s poor are inherently linked. The underprivileged can no longer be ignored. This is truly our moment for action.”