Ed Sheeran needed convincing on his own album ÷

Ed Sheeran needed to be convinced by his colleagues to include 'Shape of You' on his album '÷'. 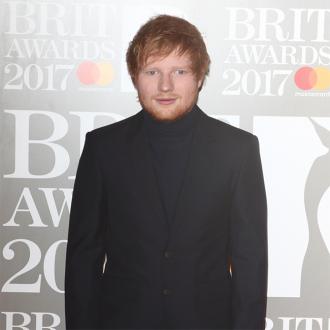 Ed Sheeran needed to be convinced by his colleagues to include 'Shape of You' on his album '÷'.

The flame-haired musician who released the single, as well as 'Castle on the Hill' earlier this year to mark his comeback after his one year hiatus, but the star didn't feel the track suited him and he was contemplating scraping it from the LP for ''a month or two''.

Speaking at Spotify's New York HQ, which has been obtained by the Metro Online, the 26-year-old singer and songwriter said: ''This isn't me at all.

However, once Ed had decided to go ahead with the track, he then had further dilemmas about it.

And the vocalist has revealed he regularly made changes to the lyrics of his recent release to make it more ''androgynous''.

He explained: ''Originally, instead of 'my bedsheets' it was meant to be 'my T shirt smells of you' or something like that, but I changed it to bedsheets so it could be androgynous.''