Ed Sheeran performed the final UK show of his 'x' tour at Fusion Festival with Vimto on Friday (28.08.15). 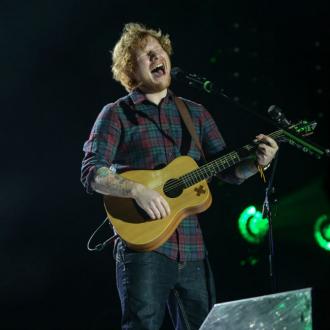 Ed Sheeran performed the final UK show of his 'x' tour at Fusion Festival with Vimto on Friday (28.08.15).

The 24-year-old singer headlined the festival in Birmingham, England, after Justin Bieber pulled out of the slot, but proved to be an excellent replacement with his 90-minute set, which was his only UK festival performance of the year.

He told the crowd: ''This is my final UK show of this summer and this is the only festival show I'm doing!''

Proving to be the only man in music who can command the attention of an entire crowd without any other musicians joining him on stage, the fiery-haired superstar performed a flurry of his own hits which he mixed up with other classic tracks such as 'Feeling Good', 'Superstition' and 'I Can't Help Falling In Love With You'.

However, the 'Thinking Out Loud' hitmaker - who ended his set with the Pharrell Williams-produced track 'Sing' - was in for a surprise following one track after witnessing a brawl take place in the crowd.

But Ed wasn't the only star to entertain thousands of music lovers on the first of the three-day event.

Earlier on in the day, guests had been treated to sets from Aston Merrygold, Luke Friend, Dj Fresh, Fuse ODG and Rixton, whose set was watched by frontman Jake Roche's dad, 'EastEnders' acting legend Shane Richie.

And Tinie Tempah had a treat in store during his set, as he premiered a brand new song he has created with Steve Aoki and DJ Fresh, while also rattling through his greatest hits.

Acts scheduled to perform on the second day of the event include Rudimental, Clean Bandit and Ella Henderson.