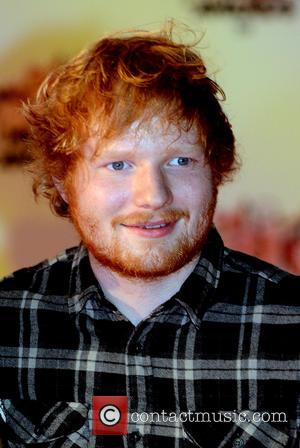 The Thinking Out Loud singer took up the bad habit as a teenager and has continued to puff away on and off for years, but during an appearance on America's The Ellen DeGeneres Show on Tuesday (10Nov15), he revealed he has given up his bad habit.

"It was cold turkey," he said. "I realised that I'd been smoking for 10 years and that's bad.

"I started smoking when I was younger and I'd always say, like, 'I'm gonna quit. I'm gonna quit'. And then, 'Oh well, I haven't been smoking for that long. It's been, what, four years like that...' and then when it got to 10 years, I was like, 'Oh... I'm probably getting to the point of no return here."

Ed gave up cigarettes a week and a half ago and is proud that he's made it through the tricky first 10 days. Having previously given up cigarettes and alcohol for a whole year back in 2011, he knows he has the willpower not to succumb to the cravings.