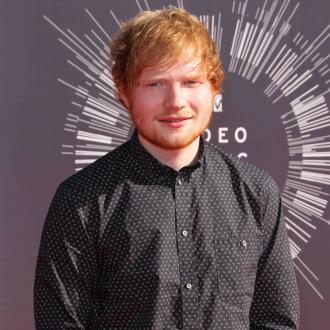 The 23-year-old singer previously blasted the 21-year-old star for performing a ''stripper's move'' at the MTV Video Music Awards last year, but he now regrets his comments and insists he would be ''f***ing livid'' if anyone said the same sort of thing about him.

''My general point was I wanted her to sing the songs so people could see what an amazing artist she is. I just worded it wrong.''

Ed has also admitted he has forgiven the subject of his song 'Don't', about his then-girlfriend cheating on him with a pal - heavily rumoured to have been written about his One Direction band member friend Niall Horan and Ellie Goulding.

When asked if he is a forgiving person, he added to The Sun newspaper: ''I guess. I got over the anger the moment I wrote the song.

''That's the end of it. I'm grateful I could get a song out of it, to be honest.

''I don't feel it's about anyone any more, I'm not attached to that. The moment you attach someone to a song it becomes more difficult to sing every night.''

Following the former 'X Factor' act's comments, Taylor insisted she some people are ''sexist'' towards her because they talk about her writing about her former lovers but don't ever mention male singers who do the same, such as Ed and Bruno Mars.

Ed explained: ''She's right, man -- she gets a tougher rap than other people. No one talks about Bruno Mars' or my lyrics like that.''